Three SEO projects and their results in 2015.

We’ve now entered the 6th year of Search Pros and we continue to see optimization results for our clients. Here are the results and activities for three, very different websites we worked on last year.

On April 17, 2015, we launched a trading podcast (TradingStory.com). This month, we’re on track to hit our highest month yet with around 19K downloads. There’s still much room for growth, but we’re very pleased with the attention we garnered in our first 8.5 months of the podcast.

Results: Below is a screenshot of the filtered Google Analytics traffic sessions for the inaugural year of the podcast. In this screenshot, we removed most of the analytics spam and some IP addresses associated with podcast support. In the first year, we saw 22,100 sessions, 12,841 new users, 805 conversions (newsletter signups). All of the traffic came from organic traffic sources – none were paid. Bear in mind, we started all of these metrics at 0 in January 2015.

We started working with a personal injury law firm in Texas in September 2015 (site withheld). The client launched a new website in April 2015  with a different marketing partner, but organic search results declined. So we engaged with the law firm to reboot their SEO and conversions.

Promotion: We conducted a thorough SEO audit, we made changes to the site structure and the header to improve conversions. In addition, we initiated a local search setup, began social media promotion in November, and weekly blogging in December, as well as custom link building at the end of the year.

Results: Comparing the benchmark month when we first engaged with the client (Sept 2015) to the last month of the year (Dec 2015), we saw total sessions improve 45%, new users rise 50%, and goal completions increase by 133%. Overall, we are pleased with the initial results for this client.

We started working with a repeat ecommerce client on an SEO project in October 2015. The client sells custom printing (site withheld). The client suffered a major hit on a recent Google update. So we began working on a thorough SEO audit to find out what happened and fix the issue as much as possible with a one-time optimization pass.

Promotion: We began with an SEO audit and found several issues that needed to be addressed: site map issues, title tag problems, 404 pages, and other areas. We addressed those issues over the course of two months. We did not continue with SEO optimization because we’re working on a redesign of the website.

Results: This is a seasonal business so a year-over-year comparison is the best way to compare results. Comparing last quarter to the same quarter in the previous year (Q4-2015 vs Q4-2014), we saw 67% more sessions, 44% more new users, and 71% more direct/organic traffic. We are pleased conversions improved as much as they did in such a short time. 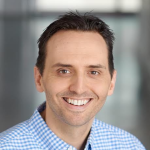